The Establishment of the Roman Empire and the Imperial Cult 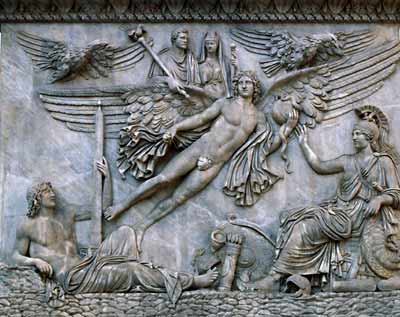 After Julius Caesar’s coup of the Roman Republic, Caesar sought to solidify his claim as king of the Romans.  Caesar claimed his family was the descendants of Venus and Jupiter.  On his tour in Egypt, Caesar saw the marvelous statues dedicated to the kings of Egypt.  The kings of Egypt were worshipped as gods and they ruled with a divine right.  This imperial cult gave the king legitimacy to rule.  Caesar needed a legitimate reason to rule Rome, but he would take slow steps before he became “dictator for life.”  But Caesar would not become the legitimate king of Rome, it would be his adopted son who would secure the Imperial Cult of Rome and seize the throne as the first Emperor of the Roman Empire.